From Duelyst Wiki
(Redirected from Vetruvian)
Jump to: navigation, search

The Vetruvian Imperium is one of the six playable factions in Duelyst. 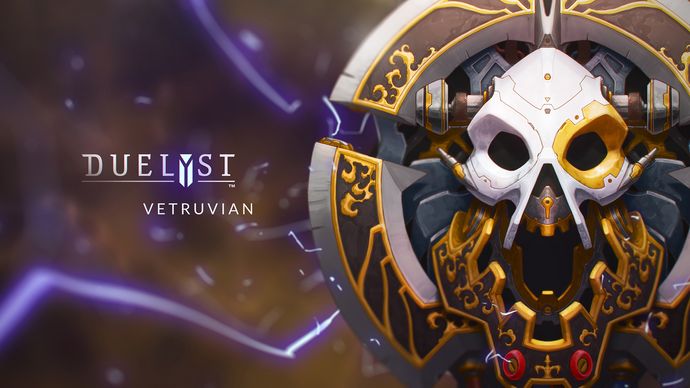 As Vetruvian, you are focused around using creatures with low base stats that have powerful special effects. You can also swarm your opponent with small creatures and buff them while drawing lots of cards. Using debuffs, you are able to weaken opposing Minions, reducing their Attack or mobility. You are most comfortable at range, controlling the ‘zone’ where your opponent can safely move. One single misstep can spell disaster against you, as your spells are often based on the position of your enemies on the battlefield. You can generate Dervish tokens with your spells and Minions and buff these Dervishes to gain a huge advantage in battle.

The Vetruvian Imperium is the "nation of tinkerers" of Mythron. They are the inventors of Sandshields, originally armors and cybernetics to enable them to survive in their harsh desert environment, and now implant limbs and weaponry widely used by generals and other Mythron denizens. For more information, see Lore.