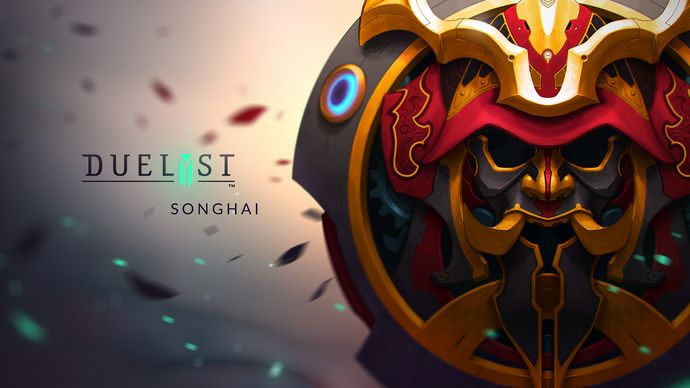 As Songhai, you can be very mobile and aggressive. You have lots of combos and synergy between your spells and units. You can use your superior mobility to outmaneuver your opponent’s Minions, preferring to avoid threats rather than facing them head-on. Spells like Mist Walking allow you to get in and out quickly, and put you in prime position to Backstab your opponents. Spells like Mist Dragon Seal allow you to teleport your Minions across the battlefield to make a hasty escape or a sneaky entrance.

The Songhai Empire is the second largest splinter of the original human tribe after the Lyonar Kingdoms. They have heavily adapted to the most lethal expanses of the world of Mythron, in the closed and remote jungles where hyper-predators and deadly blossoms lie. For more information, see Lore.