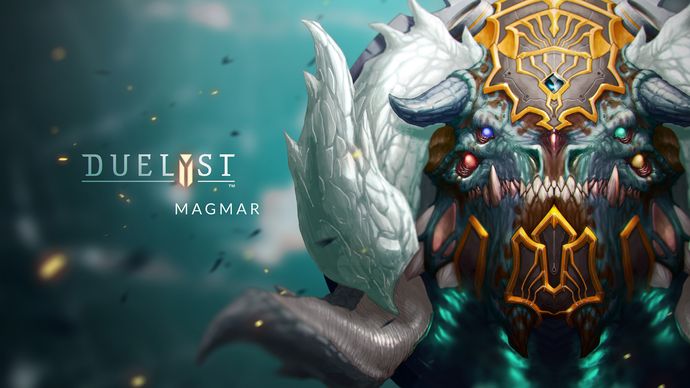 As Magmar you are big, slow, and powerful. Once you reach your opponent, your enormous Minions and mighty Artifacts can deal massive damage! You can slowly take over the battlefield as your opponent runs out of space to retreat by using Grow Minions. You’ll quickly end your opponent's life in melee range by using Rush and Frenzy Minions along with Artifacts. Your removal is good, with lots of Area-of-Effect.

The Magmar are a consort of 13 reincarnating saurian, the first sentient beings on the world of Mythron. As the elders, they try to guide societies in a path they perceive being best for world peace, also making gene experiments on local mega fauna for their own purposes. For more information, see Lore.